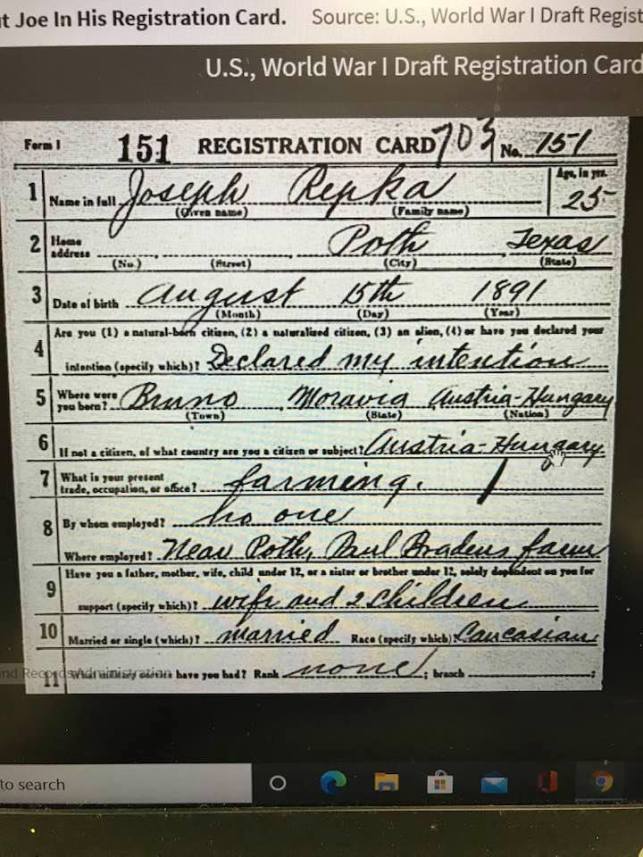 Joseph and Anna Kopecky Repka began their plans to journey from Austria to Texas about 1912. Joseph arrived in Galveston in January of 1913 with his parents and siblings, fleeing the unrest in Austria that preceded the outbreak of World War I. They went first to Gonzales, then to Poth where he was living in 1917 when this draft registration card was filed. It is ironic that he had to register for the draft here after fleeing impending war in his own backyard.
At some point he learned the blacksmith trade and moved to George West in 1922 to open a blacksmith shop on the east side of the courthouse square. He remained there until his untimely death in a car accident in 1940.
Photo and information from Guy James. 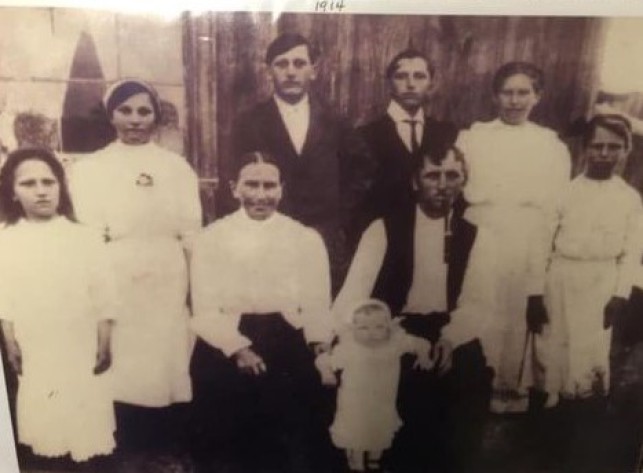 Repka Family - 1914 (Back Row) Frances, Verna, Frank, Joseph, Anna Kopecky Repka, Marie. (Middle: Grandparents, Veronica and Martin Repka with granddaughter, Verna, named after her Aunt Verna on the back row.) Anna was pregnant with little Verna when Joseph first sailed. She stayed behind and came over afterwards. This photo of Joseph with his parents, Anna, and siblings was taken sometime after Anna and baby Verna arrived. Photo and information courtesy Lamar James and Tessie Rosebrock James. 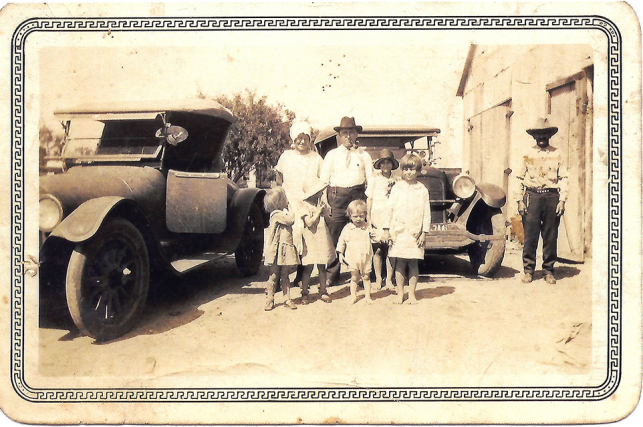 Standing in the background, Anna and Joseph Repka in front of Joseph's  Blacksmith Shop in George West with Mr. Staglik. Their children: Millie, Josephine, Robert, Edna, and Mary. Circa 1926. Photo courtesy Lamar and Tessie Rosebrock James. 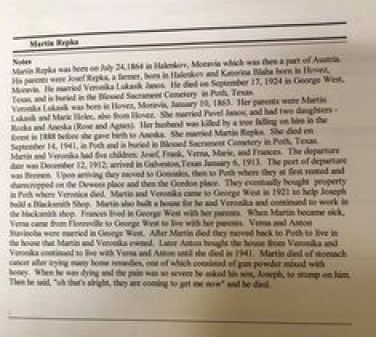 These notes about the Repka family blur when made larger. Narrative here is a literal transcription without edit except for format:

Martin Repka was born on July 24, 1864 in Halenkov, Moravia which was then a part of Austria. His parents were Josef Repka, a farmer, born in Halenkov and Katerina Blaha born in Hovez, Moravia. He married Veronika Lukasik Janos. He died on September 17, 1924 in George West, Texas, and is buried in the Blessed Sacrament Cemetery in Poth, Texas.

Veronika Lukasik was born in Hovez, Moravia, January 10, 1863. Her parents were Martin Lukasik and Marie Holec, also from Hovez. She married Pavel Janos; and had two daughters- Rozka and Aneska (Rose and Agnes). Her husband was killed by a tree falling on him in the forest in 1888 before she gave birth to Aneska. She married Martin Repka. She died on September 14, 1941, in Poth and is buried in Blessed Sacrament Cemetery in Poth, Texas.

Martin and Veronika had five children : Josef, Frank, Verna, Marie, and Frances. The departure date was December 12, 1912; arrived in Galveston Texas January 6, 1913. The port of departure was Bremen. Upon arriving they moved to Gonzales, then to Poth where they at first rented and sharecropped on the Dewees place and then the Gordon place. They eventually bought property in Poth were Veronica died.

After Martin  died they moved back to Poth to live in the house that Martin and Veronika owned. Later Anton bought the house from Veronika and Veronika continued to live with Verna and Anton until she died in 1941. Martin died of stomach cancer after trying many home remedies, one of which consisted of gun powder mixed with honey. When he was dying and the pain was so severe he asked his son, Joseph, to stomp on him. Then he said, “oh that’s alright, they are coming to get me now” and he died. Information courtesy Lamar and Tessie Rosebrock James. 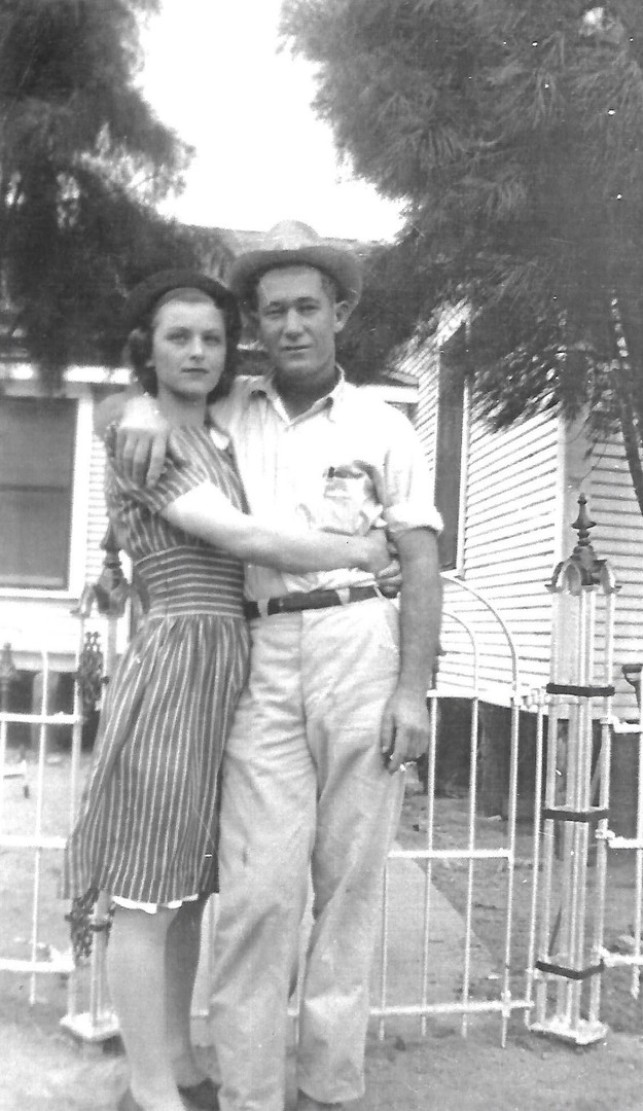