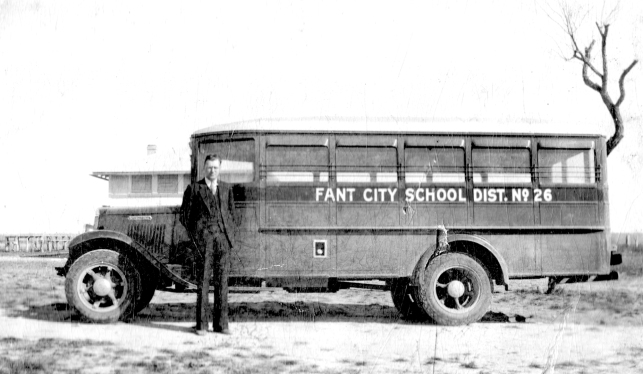 Arthur Edwin Adlof was born at Cook's Point, Burleson County, Texas to Carl Traugott Adlof (Austrian) and Caroline Hornung Adlof (German) January 29, 1902, their tenth and youngest surviving child. In 1906, the family moved to Gonzales on their farm. They were Methodists.

Authur attended Reid Ward and Gonzales High School, becoming a Mathematics and history genius. At 17, he managed the family farm alone. Being the last child at home, he made the bread, helped produce the meat, vegetables and poultry products after his mother died when he was 15.

By that time, Arthur had bought a farm in Live Oak County. After their first child, Viola Ruth, was born on June 6, 1928. They moved to this farm in an Overland car via San Antonio. The improved highway ended at the county line near Whitsett. They spent the first night with the Weichmanns at Ray Point.

Arthur had previously brought his wagon, four mules and horse overland and had built a four room house. On Thanksgiving Day, the nearest neighbor (2 1/2 miles), Paul Scheikert, and some Ray Point men got the houselhold goods from the depot at Suniland and helped move in.

Loui and Annie Vanek and four year old son, August, also came to Live Oak County in the car with the Adlofs. They moved into a two room house. Loui worked for the Adlofs, clearing land with hand tools. There was no field as such nor a roadway to Three Rivers. Once a week, they went ten miles to Three Rivers to get groceries, mail, sharpened tools from the blacksmith, and often stuck in the mud, especially in town.

Arthur became a Fant City School trustee (a mile from the farm). [Viola wrote a book of family stories for her granddaughter, Lisa, entitled Lisa's Texas Grandma. In that book, Viola revisits the rich family history where some family members still spoke German. Then sh continues hers and Arthur's moves to Fant and Three Rivers. One incident in the book tells of a family who moved to Fant and complained that the first through eighth grade school was not segregated. Arthur had specific thoughts about racism and replied, "I have never thought that it made any difference what color the hand is that holds the chalk or pencil. The chalk and pencil write just the same."]

Many people moved into the country. He [Arthur] promoted a road through the Schulz Ranch, Rural Route 1 mail, a school teacherage, library, a larger school, the first school bus in the county, REA (Rrural Electrification Agency), a telephone line, and compulsory school attendance. High School grades were conslidated with Three Rivers High School in 1940.

The family belongs to the Methodist Church, first in Ray Point and then in town, where Arthur is also a trustee.

On February 6, 1931, the Adlof's second daughter, Carolyn Marie, was born in Gonzales. In 1944, Ruth graduated from Three Rivers High School with honors; Carolyn, in 1947, as Salutatorian.

The Adlofs had moved their house to town September 13, 1946. Ruth entered Trinity University in September 1944, and married Lee Roy Haak on February 12, 1945. In 1946, Ruth and Lee Roy enrolled in Texas A&I University, and Carolyn started there September 1947.

Mrs. Adlof established The Write Shop in Three Rivers and also took time for many community endeavors, even writing and publishing two books. She was Lions Club Outstanding Citizen in 1962 and the first woman on the city council.

In May 1982, because of illness, Mrs. Adlof retired from the Beeville Picayune, San Antonio Express, Corpus Christi Caller and [Live Oak County] Progress, but continues as a recorder for the National Weather Service, which she has done since 1957.

The Adlofs were charter members of the Historical Commission. Among other "first's", A.E. as he was usually called, grew many live oak trees from acorns gathered from three oaks they bought.

A small footstone is at his grave commemorating his best known quality: "A.E. -- a man of his word."