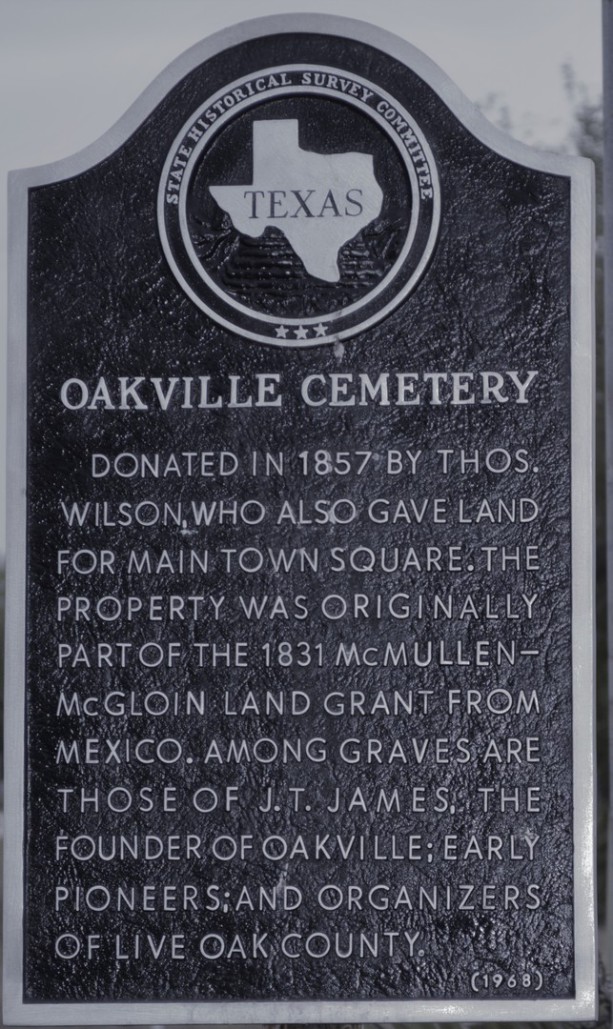 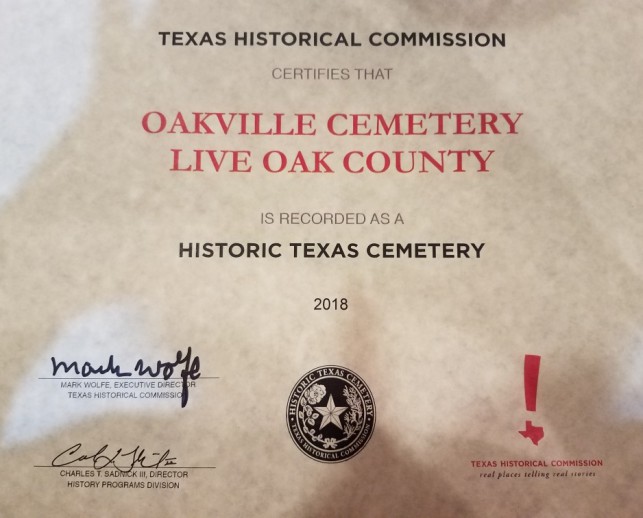 The unveiling will be followed by Oakville Cemetery's participation with Wreaths Across America, a national project which honors veterans all across America. 39 Oakville veterans will have wreaths laid on their graves at that time. 9 more veterans resting in cemeteries across the county will also receive wreaths this year. Peggy Skoruppa, the contact for WAA hopes to have more next year.

Thanks to Peggy Scoruppa, Bernard Lemley-President of the Oakville Cemetery Association, Pryor Brown, and other members of the association for working with LOCHC Cemetery Chair, Sherry Kosarek, to receive the HTC honor for Oakville and Live Oak County. Thanks to Peggy Skoruppa for spearheading these two projects in honor of those who rest in Oakville Historic Texas Cemetery. Photo courtesy Sherry Kosarek. 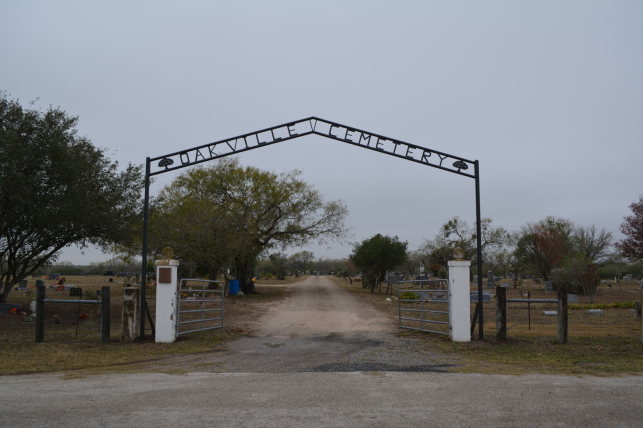 The Oakville Cemetery was originally part of the 1831 McMullen-McGloin Land Grant from Mexico. The land grant (written in Spanish) is from the States of Coahuila and Texas to James McGloin. This consisted of a league of land on the Nueces River. The deed stated the land was to be settled and cultivated.

In 1844, McGloin sold this land to Thomas A. Wilson. Then, in 1857, Mr. Wilson donated the land for a main town square, cemetery and two churches – Methodist and Baptist. J.T. James, the founder of Oakville, was commissioned to go to Port Lavaca to see Thomas Wilson who owned considerable acreage around the settlement of the Sulpher [Creek], later named Oakville.