The need for protection and preservation of homes sometimes calls for serious measures. Military units may then be deployed to help in this defense. And as seen all too often in history, the young men and women of the area are needed to answer the call, protect and preserve the larger entities of community, county, state, nation and finally our world. In this layer of our website, we begin to share these experiences. To all from Live Oak County who have given in any way to preserve the privileges we enjoy today, we say, "Thank you!"

To all viewers of this website, we ask your participation. If you know a story, film, or book that relates to these eventful times of our history, please contact the webmaster so that your information may be shared with all. Credit will be given in your name. 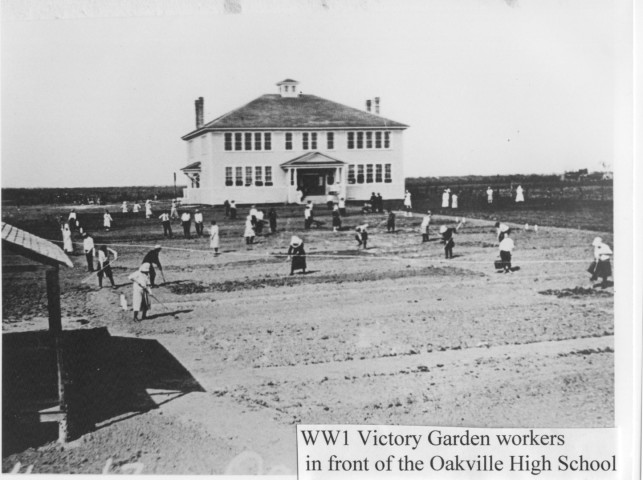 World War I Centennial - Our nation and the world currently recognize and honor the centennial of great sacrifices made in World War I also known as "The Great War". During this centennial, it is our privilege to "honor their sacrifice, renew our pledge, and protect our future by remembering our past."

To view an amazing video which mentions St. Mihiel, one of the deciding victories of WWI where Live OaK County's own J. Frank Gray was a heroic leader, click World War I Momument then scroll down to the 7 minute video on that page. This is truly a power-packed 7 minute overview of why we should remember "The Great War". To learn more about World War I go to The United States World War I Centennial Commission, and view any of the many posts there. You will be glad you did.

Also, Thanks to Ervin L. Sparkman and his People's History of Live Oak County, Texas. Find the names of all from Live Oak County who were discharged WWI Participants listed for us in his book.

Jessy Frank Gray Texas Historical Marker celebration culminated a two year WWI memorial. Leaving his teaching position at Oakville, Gray served in the Meuse Argonne as Allies worked to free France from German agression. All officers above Gray were lost in those battles. Gray was left to lead. Lead, he did! St. Mihiel awarded him their highest medal for foreign service. His and the names of the Americans who served with him are engraved at St. Mihiel. America awarded him the Purple Heart and in the Meuse Argonne he received a Division General's citation entitling him to the Silver Star.

Later, Gray served as Texas State Representative to the Texas Legislature for eight years. Afterward, he assumed leadership roles in schools, banking, and the community of Three Rivers. 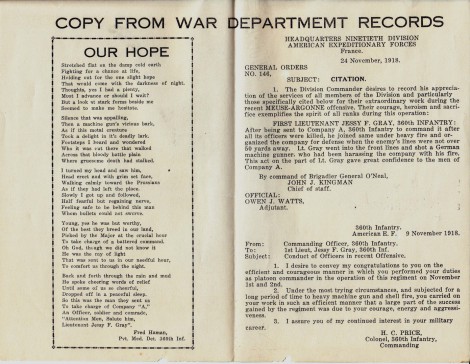 Fighting for a chance at life,

Holding out for the one slight hope

That would come with the darkness of night.

Thoughts, yes I had plenty,

Must I advance or should I wait?

But a look at stark forms beside me

Seemed to make me hesitate.

Silence that was appalling,

Then a machine gun's vicious bark,

As if this metal creature

Took a delight in it's deadly lark.

Footsteps I heard and wondered

Who it was out there that walked

Across that bloody battle plain

Where gruesome death had stalked.

I turned my head and saw him,

Walking calmly toward the Prussians

As if they had left the place.

Slowly I got up and followed,

Half frearful but regaining nerve,

Feeling safe to be behind this man

Whom bullets could not swerve.

Young, yes he was but worthy,

Of the best they breed in our land,

Picked by the Major at the crucial hour

To take charge of a battered command.

Oh God, though we did not know it

He was the ray of light

That was sent to us in our needful hour,

To comfort us through the night.

Back and forth through the rain and mud

He spoke cheering words of relief

Until some of us so cheerful,

Dropped off in a peaceful sleep.

So this was the man they sent us

To take charge of Company "A,"

An Officer, soldier and comrade,

1.  The Division Commander desires to record his appreciation of the services of all members of the Division and particularly those specifically cited below for their extraordinary work during the recent MEUSE-ARGONNE offensive. Their courage, heroism and sacrifice exemplifies the spirit of all ranks during this operation:

After being sent to Company A, 360th Infantry to command it after all its officers were killed, he joined same under heavy fire and organized the company for defense when the enemy's lines were not over 50 yards away. Lt. Gray went into the front lines and shot a German machine gunner, who had been harassing the company with his fire. This act on the part of Lt. Gray gave great confidence to the men of Company A.

By command of Brigadier General O'Neal,

1. I desire to convey my congratulations to you on the efficient and courageous manner in which you performed your duties as platoon commander in the operation of this regiment on November 1st and 2nd.

2. Under the most trying circumstances, and subjected for a long period of time to heavy machine gun and shell fire, you carried on your work in such an efficient manner that a large part of the success gained by the regiment was due to your courage, energy and aggressiveness.

3. I assure you of my continued interest in your military career. 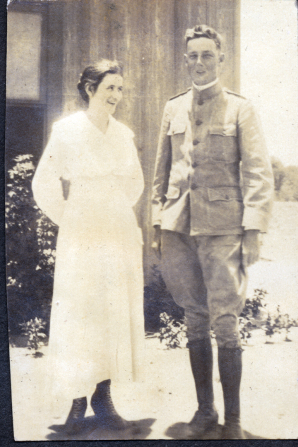 Jessy Franklin Gray began teaching in Oakville, TX. in 1916. By 1918 he had been moved to principal and superintendent. He was only 19 years old. However, he never served as Oakville's superintendent because he volunteered to serve in WWI instead. One of his students at Oakville was Pauline Campbell, daughter of John Sanderson and Minnie Ophelia Bartlett Campbell. J. S. Campbell fought with the Union in the Civil War, but later made his home in Oakville.

Gray received the St. Mihiel medal for that Offensive and in the Meuse Argonne Offensive he received victory in France. He was awarded a Purple Heart and a General's Citation for gallantry in action which became eligible for the Silver Star during WWII. Gray and Pauline lived in Three Rivers after the war and had two children, Minnie Ellen and Jessy Frank, Jr. Fourth and fifth generation descendants now live from Texas to Wisconsin.

In addition to his teaching and military roles, Gray became Superintendent of Three Rivers Independent School District, Vice-President of First State Bank, Three Rivers and a few other positions. He served four two-year terms in the Texas Legislature as representative from Atascosa, Frio, La Salle, Live Oak, and McMullen counties with McMullen being redistricted the last term. This period included the writing and passing of the landmark Gilmer-Aiken Public Education Law. 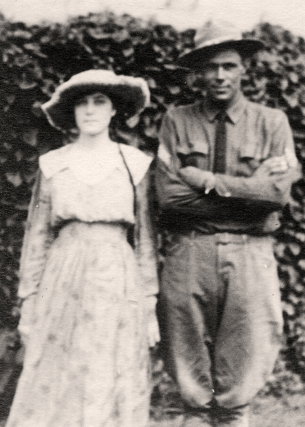 Thelma Lindholm  was a descendant of the Pugh family who were the first Irish to receive a Mexican land grant on land now called Live Oak County. After graduating Three Rivers High School, Thelma obtained her teaching permit.

In 1917, while teaching near Freer, Texas, Thelma met a tall handsome Army Engineer named John Lindholm stationed at Corpus Christi. On February 9, 1918, John received a pass, and Thelma and John were married. John and his company were soon sent to France. Sadly, John never returned from WWI.

John and Thelma had one child, Amelia Lindholm, who died at 10 after a short illness. Thelma spent the rest of her life teaching, writing the history of Live Oak County, and making life better for all around her.

Some really engaging films on WWI are available. Here is a sample to more fully understand. Judge Jim Huff said yesterday in a marker unveiling, "WWI has been the forgotten war, but we must never forget: The men who fought this war and the women who sustained them were the parents of the men and women in WWII we now call the Greatest Generation."

"Over There" - Without a doubt this popular song for that time shows the grandeur of this generation's spirit and patriotism.

"The Peace" - One of the most touching moments of this war is the Christmas Football Game between the Germans and Britons on December 14, 1914.